Liminal is an animated short about a girl alone on a subway late night. She starts to notice a weird black substance appearing everywhere; reality as she knows it begins to warp right in front of her eyes.

This animation was drawn frame-by-frame, and entirely from my trackpad. Yes, my trackpad (a big thank you to the 3-finger drag function, couldn't have done it without you). I came up with the storyline during a time when I had an hour long commute to work through the subway everyday. The emptiness of a subway cart after rush hour always felt like a liminal space to me, and thus this became the inspiration for my animation.

The storyline for this came to me while I was on the subway, so I quickly jotted it down on my notes app, and then began to storyboard. Afterwards, I created a short animatic, and then the final. A couple changes were made at each step along the way, but I'm happy with how it turned it out in the end and I hope you do too :)
Applications Used: Adobe Photoshop, Adobe After Effects 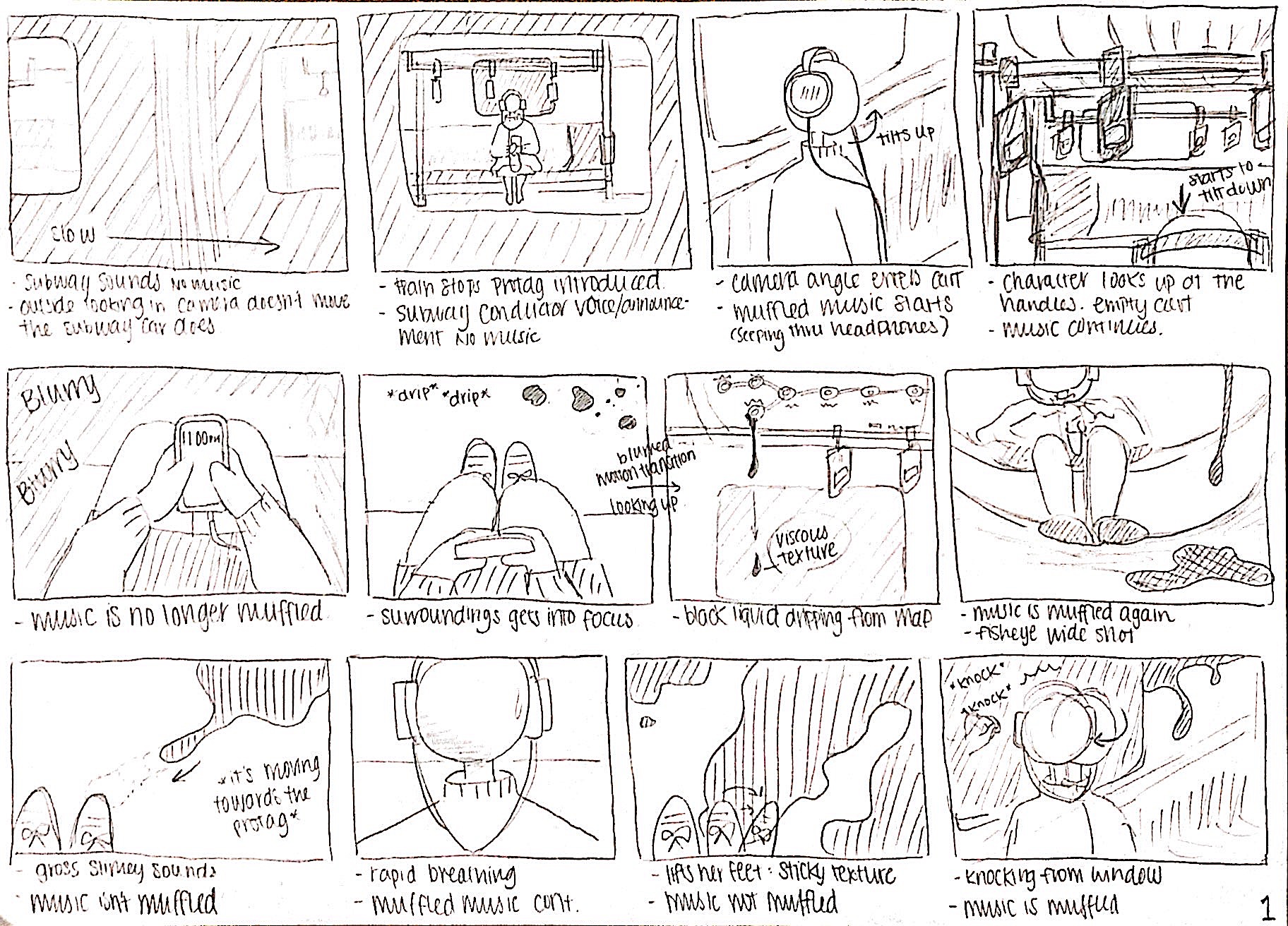 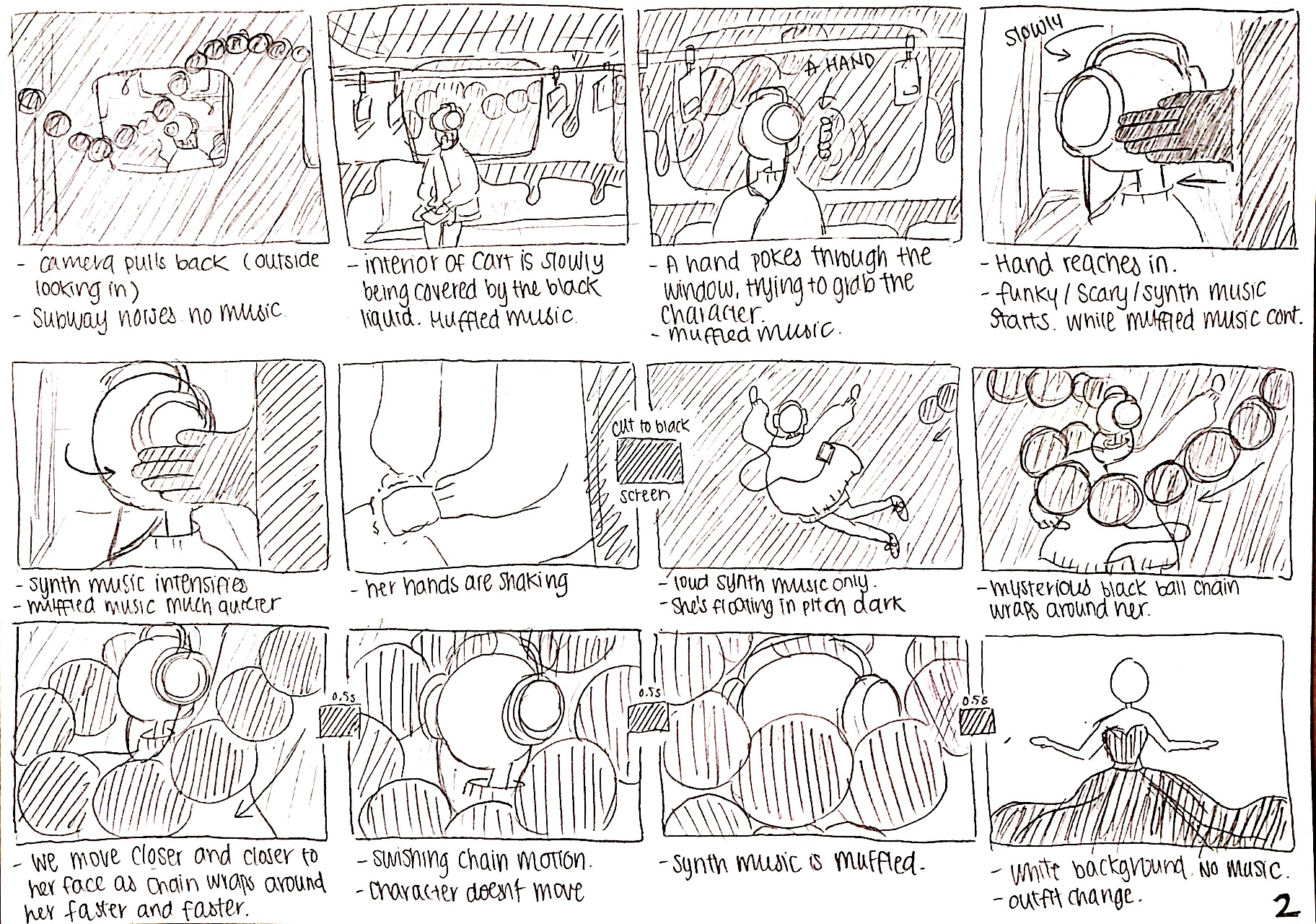 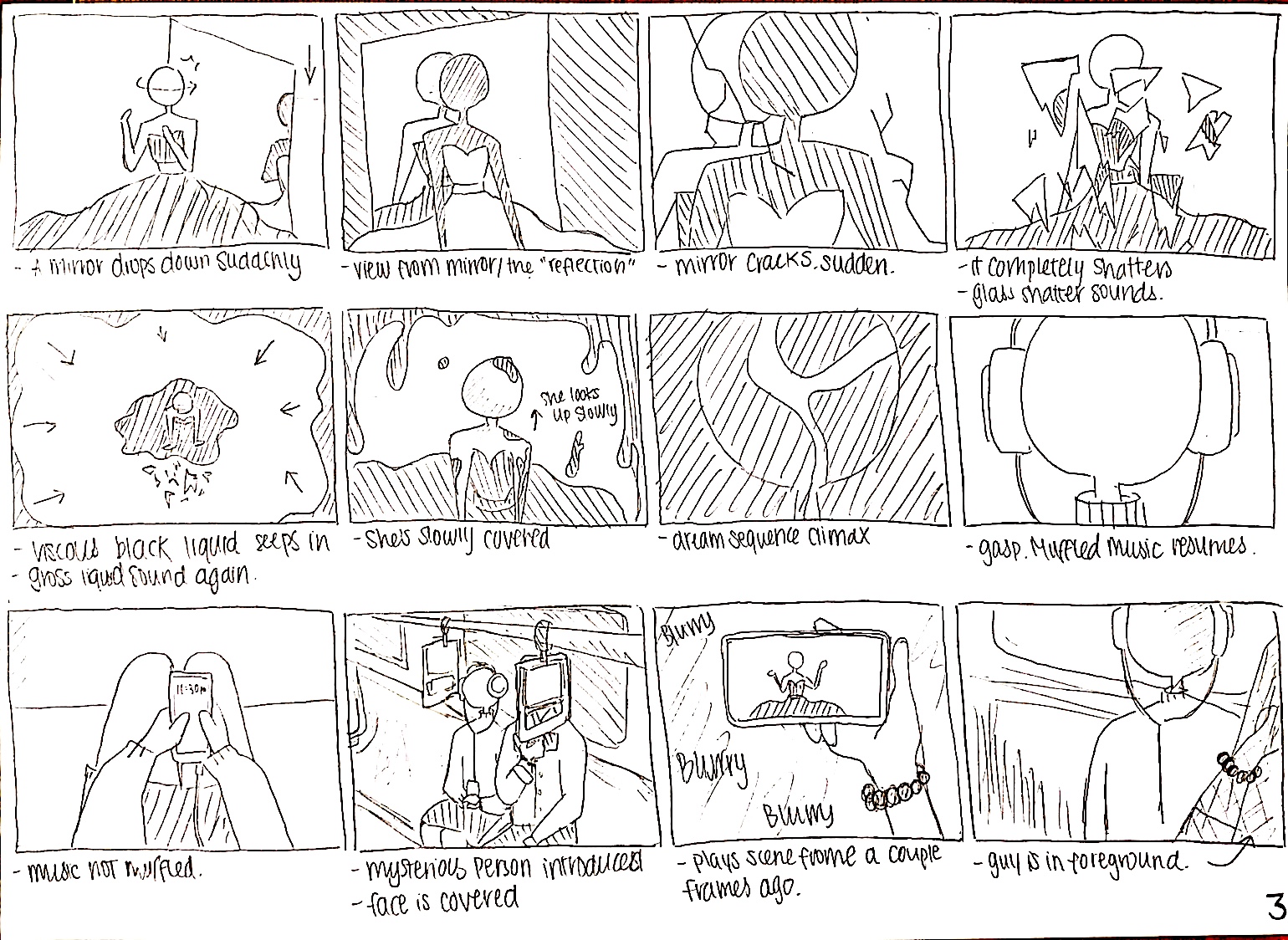